The UK’s favourite cars on their way to extinction

With amazing deals and initiatives on new cars in a bid to cut emissions and improve road safety, it might surprise you to know that the number of cars which are over 13 years old on Britain’s roads grew from 1.329m in 1994 to more than 6.5m in 2020 – a 393% increase.

Despite more older cars standing the test of time, there are some cars which were once staples on our roads that we just don’t see anymore.

The Ford Escort, for example, was an icon of British roads between the 1960s and 1990s. Perfect for families with its 4-door option, it was also a popular rally car thanks to its extensive rallying range with sports pack add-ons and engine sizes up to 2L. Similarly, the Vauxhall Nova was the first car many took to roads alone in. One of the most popular small cars on the road in the 1980s and 1990s, it brings back all kinds of glorious memories for people up and down the country. However, despite both of these cars selling millions, they are now seldom seen on our roads.

This nostalgia got the team here thinking about the cars that shaped our lives and the ones we don’t see anymore. So we decided to find out what cars are at the biggest risk of disappearing from our roads forever. 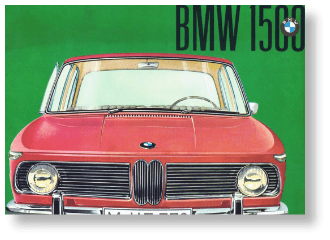 Often dubbed as ‘the car that saved the company’, the BMW 1500 was in production from 1962 – 1964 and ensured the German manufacturer’s future. The sedan sold 22,554 units world-wide and helped to keep the company afloat after years of financial trouble. There is just one left in the UK now, so if you see it, make sure you take the time to appreciate a piece of history that won’t be around forever. 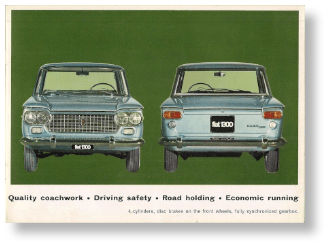 Replacing the Fiat 1200, the Fiat 1300 was one of the Italian manufacturer’s most iconic cars of its time. Available as a saloon and station wagon, as well as convertible and coupé models, the car was identical to the Fiat 1500, with one key difference – their engine displacement. The 1300 has a smaller engine, 1295 cc, while the 1500 has 1481 cc under the bonnet. Now, only two of these cars remain on our UK roads. 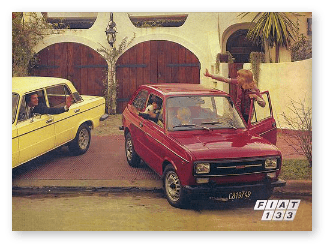 One of Fiat’s city cars, the 133 is a rear-wheel drive and rear engine masterpiece. Designed to be cheap to build, the 133 inherited a lot of components from the 850, so was a popular option for those on a budget. Manufactured for seven years in total, over 200,000 models had been made by 1979. But just like the Fiat 1300, there are just two left on UK roads, so you’re unlikely to pull up next to one at the traffic lights. 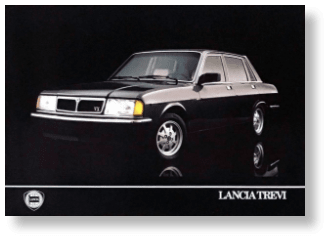 Another saloon, the Lancia epitomises the 1980s in design. In production for four years, between 1980 and 1984, the entry-level luxury car received a poor reception, with some critics comparing its dashboard to ‘swiss cheese’. Five different models of the Trevi were made, selling just over 40,000 in total. However, now there are just three left in the UK.

The rate of extinction

Not all cars are disappearing at the same speed – some face a steep decline early on into their lifespan, but seem to have steadfast fans who preserve them, while others appear everywhere for years, and start decreasing as the years roll over.

Use our interactive graph to compare the rate of extinction by make and model.

Choose up to 4 options:

Do you remember these famous cars? 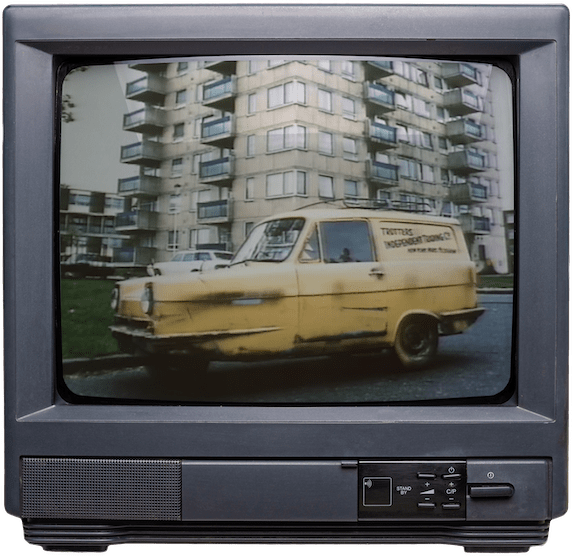 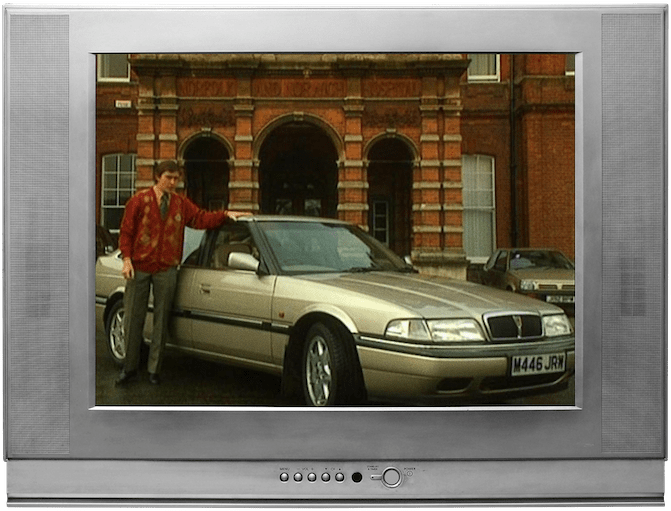 Originally called the Corsa A, the Vauxhall Nova was rebranded between 1983 and 1993 in the UK and quickly became an iconic car amongst young drivers. Around 500,000 Novas were sold in those 10 years and it became Britain’s best-selling car. In fact, famous past owners include rally driver, Colin McRae and actor, Sean Bean. Despite nearly half a million once being on roads, there are now less than 1,000 left.

There's a lot to be said about the Rover 800, such as the fact it was co-developed with Honda and was, at one point, one of Britain's most popular full-sized executive cars. However, it’s probably most famous in the UK for being Alan Partridge’s car. Launched in 1986, it was manufactured for a total of 12 years and had a number of design updates during that time. Throughout its reign, over 317,000 Rover 800s were made, but nowadays there are just a little under 400 remaining.

Another supermini famous for being a first car is the Citroën Saxo. Popular amongst younger drivers thanks to its 1.0L engine, the Saxo was cheap and cheerful for those in their first few years of driving. However, it was also available as a 1.6L model which boasted a top speed of 109mph, so was also popular with those wanting a bit more power under their foot. It's unknown how many were originally manufactured, but there are still a fair few clocking up miles on our roads, with more than 6,000 registered.

Another car of the silver screen, the Reliant Robin is most synonymous with Only Fools and Horses – despite the brothers’ vehicle actually being a Reliant Regal Supervan. However, the cars often appear in British pop culture, usually as the brunt of jokes to in comedy series’ and in stand-up comedy. Initially manufactured between 1973 and 1981 in the UK, they were revamped between 1989 and 2001, and finally made under licence by B&N Plastics between 2001-2002. They may be a rare sight, but there are still over 1,000 left in the UK.

Not many miles left on the clock for these favourites

Some of our favourites have almost unlimited staying power, while others are holding on by a thread. Here are the cars which are may soon cease to exist. 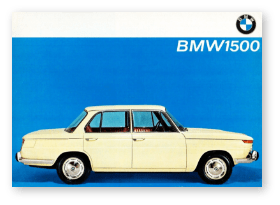 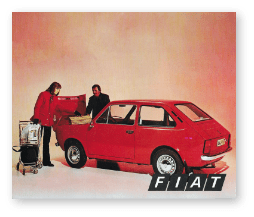 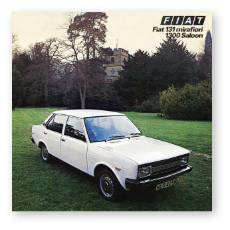 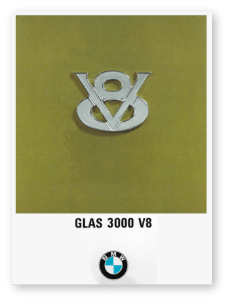 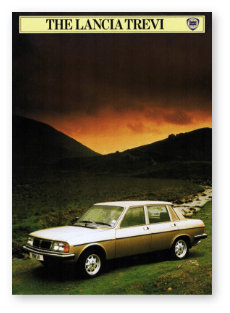 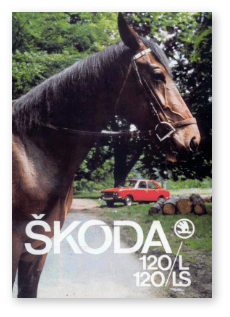 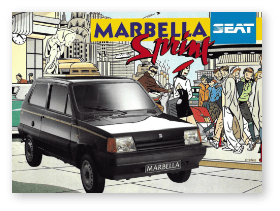 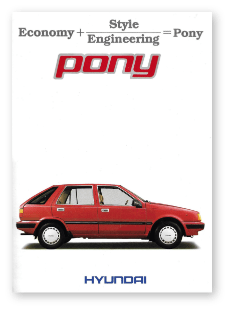 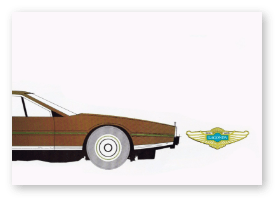 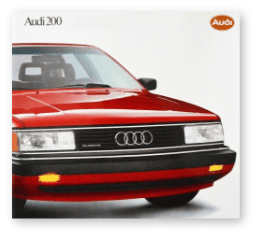 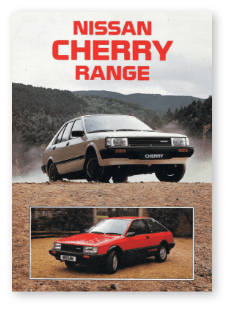 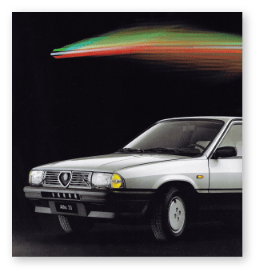 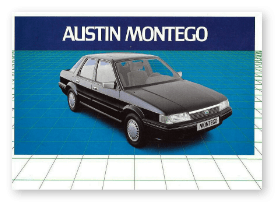 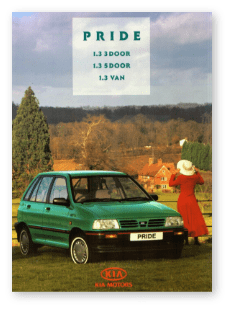 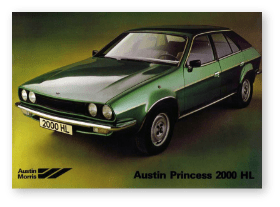 There are plenty of cars disappearing, but there are also a handful which not only seem to be defying extinction, but thriving on modern roads.

The Vauxhall Viva was marketed as a family car when it was first developed in the 1960s. The ideal run-around for families, Vauxhall produced more than 1.5 million cars over 13 years with three different models. In 2015, the manufacturer brought the Viva back as a compact supermini, replacing the Agila. It sold for four years, but was discontinued by Vauxhall in 2019. Thanks to its revival, however, there are now 463% more Vivas on our roads than in 1994.

An icon of British roads, the Ford Fiesta has been in production since the 1970s and has been one of the most popular superminis for the last seven decades. There have been eight generations of the Fiesta made over the years, with 16 million sold worldwide. Part of the Fiesta’s appeal is its versatility; popular with young drivers and families alike, it has been crowned the bestselling-car in the UK since 2015. As such, it has a similar number of models on roads now, as it did in 1994.

Originally introduced to our roads in 1980, the Fiat Panda was nothing short of an icon. Inexpensive and simple, its compact and simple design made it a popular choice for city dwellers. Over the years, there have been three generations of the Panda, and nearly 8 million sold over the last 40 years. The Panda did, however, have a break in production between 1995 and 2003, when it was brought back, complete with a 4x4 model.

Much like the Fiesta, the Ford Mondeo has been one of the most popular cars on UK roads since its development in the 1990s. A large family car by nature, it was designed to combine various Ford model lines all over the world. For the four decades it has graced our roads, there have been six models, and today there are more than a quarter of a million Mondeos registered on UK roads, making them still one of our favourites. However, Ford recently ceased production of the car with the last ever Ford Mondeo rolling off the production line in April 2022. Could this car soon disappear from our roads too? 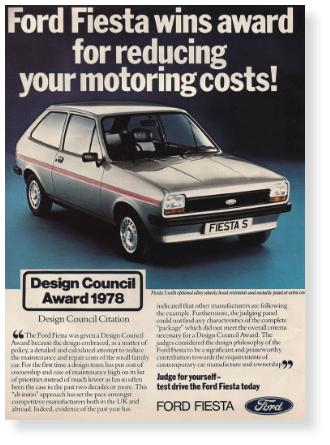 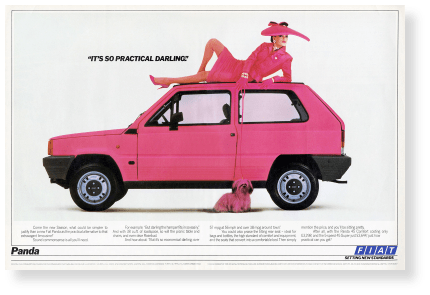 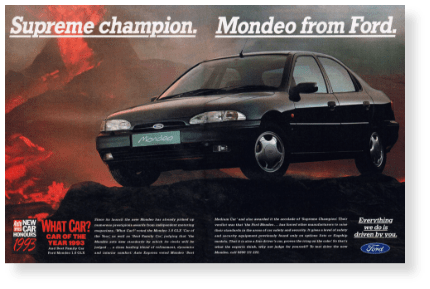 What does the future hold for some of our favourites?

Although we never truly know what the future holds, looking at the data we have, we can predict how long some cars will stay on our roads.

The Ford Corsair looks set to stick around past 2050, with a predicted 637 still on our roads. Similarly, the Rover 2000 is declining at a slower than average rate, meaning nearly 235 look set to still be on our roads in 2050.

It's not such good news for the Honda Concerto or the Nissan Bluebird. Neither are predicted to make it through the next decade.

If you’re looking for used vans, we have a range of makes including Ford vans and Mercedes Sprinter vans for sale.

Data was taken from www.howmanyleft.co.uk, which takes information from the DVLA about all vehicles that have a valid tax disc or Statutory Off Road Notification (SORN). When scraping data on a specific car, we have taken data for ‘all models combined’. For example, the Ford Escort has many different models and generations, such as the Ford Bravo, Ford Fresco. The website has an option to combine data on all models, which is the data we have chosen to use for this piece.

Data caveats: on howmanyleft’s ‘about’ page, it states ‘[Data] doesn’t cover cars that were off the road prior to the introduction of SORN, or cars that have never been registered on the road since manufacture.’

It is important to note that all conclusions drawn from this data are based on the 52 cars we have selected. This is not a definitive guide of all cars that have ever existed.